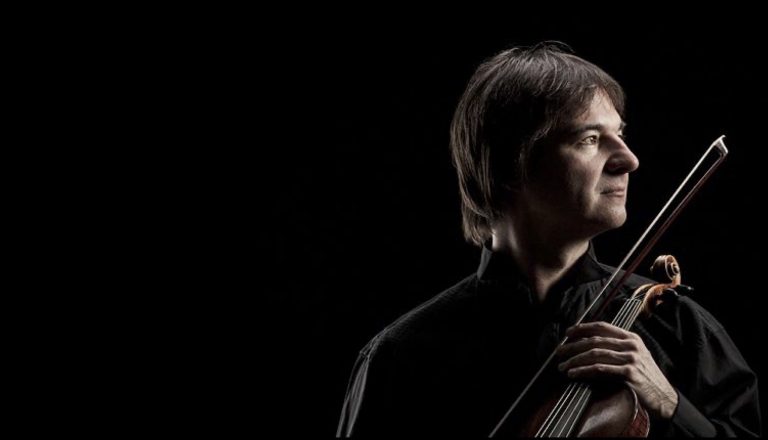 Tamás Fejes was born into a family of musicians in Szeged, Hungary. At the age of 10, he won second prize in the Janos Koncz National Violin Competition. He studied at the Franz Liszt Academy of Music, Budapest, and while there he gave numerous recitals and was invited to give several appearances on radio and television. A scholarship enabled him to continue his studies at the Guildhall School of Music and Drama in London.

Tamás has led and co-led various orchestras in Germany, continuing to perform recitals, concertos and chamber music concerts in the UK, Austria, Germany, Switzerland, USA and Hungary. For almost ten years he was co-principal 2nd Violin for the Philharmonia Orchestra, but is currently the assistant leader of the Royal Scottish National Orchestra.

Recent performances include performing the Tchaikovsky Violin Concerto in Belgium, played on a modern instrument, “Charme” by Gauthier Louppe, made in 2010 and recitals of the complete works of Brahms for Violin & Piano and solo works for violin including Ysaye, Bartok and Bach.

In 2006 Tamás founded the Fejes Quartet, with whom he performed in festivals in Hungary, France, Italy and at home in Scotland.  They released their debut CD in 2011, and in June 2014 they recorded Christopher Wright’s four string quartets for the Nimbus record label, released later that year to great critical acclaim.  The group has now reformed and has just finished recording the 3 string quartets by Ronald Center, a Scottish composer who lived in Aberdeenshire and died in 1973. This will be the first official recording of his string quartets and will be released early in 2020 by Toccata Classics.

His repertoire includes all the major violin concertos, from baroque to 20th century. At the end of 2016, he recorded Bach’s complete Sonatas and Partitas for unaccompanied violin, released under Discovery Music and Vision label. Tamás launched the CD in two performances at the RSNO centre to huge acclaim.