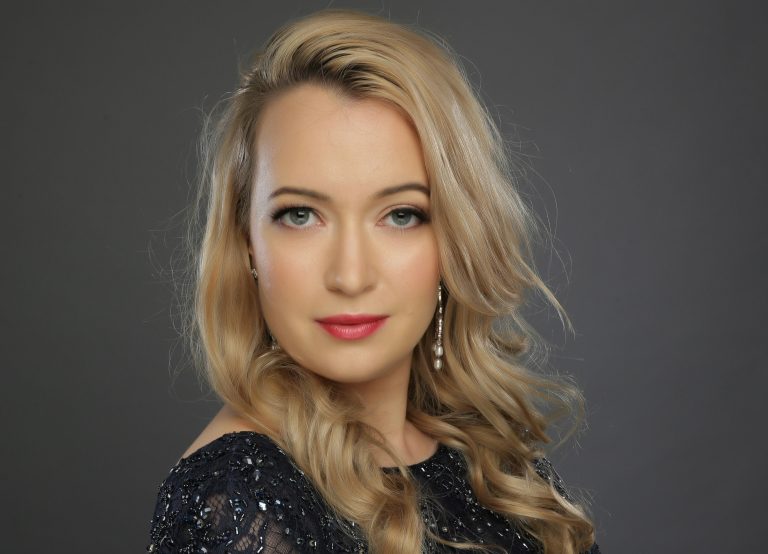 Scottish-Polish soprano Natasha Day won a scholarship to the Royal College of Music from where she graduated with First Class Honours. A recipient of the Midori Nishiura Award, she studied on the Postgraduate course at the RCM and went on to train at the English National Opera on the ‘Opera Works’ course. She then completed her studies at the RCM’s International Opera School (RCMIOS), where she was a Fishmongers’ Company Scholar supported by a Robert McFadzean Whyte Award, under the tutelage of Dinah Harris.

Natasha toured the South of France, singing operatic arias accompanied by orchestra and joined the London Gala Orchestra in presenting New Year’s concerts in a variety of top UK venues. Natasha won First Prize at the Złote Głosy Competition in Warsaw, Second Prize at The Filharmonia Czestochowska Competition also in Poland and The Most Promising Singer Award at the Emmy Destinn Competition in Prague. She was a Finalist in the Concorso Lirico di Ferrara, Italy and is a Britten-Pears Young Artist. 2021 performances include the title role of Tosca (Opera Brava), the title role in Moniuszko’s Halka (Polish Opera in London, POSK), Mimi La Bohème (Devon Opera) plus various recitals, oratorios and opera gala concerts around Scotland, England and Poland.