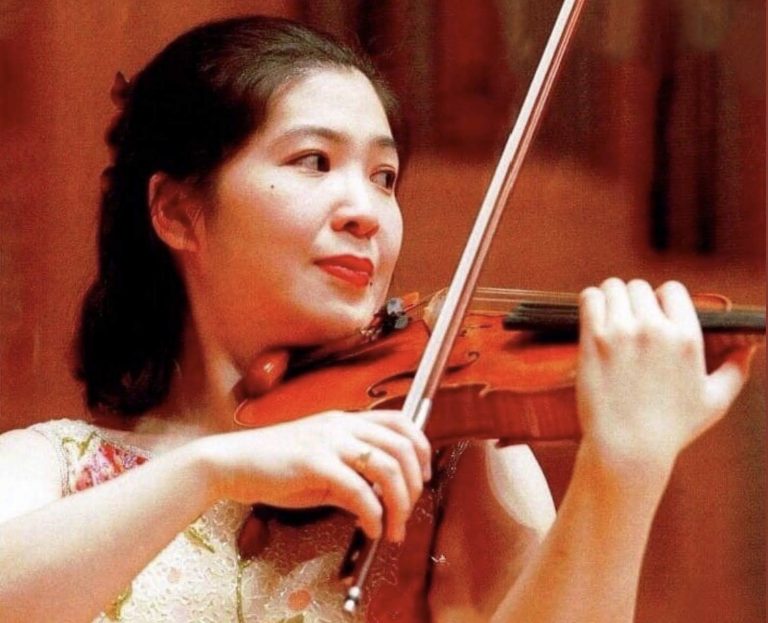 Kanako Ito has had a distinguished career as a soloist, chamber musician and orchestral leader. She has won prizes in many international competitions, including the Geneva International Competition, the Lexus Violin Competition in New Zealand, the Japanese-American Association Competition in New York, and the Schöntal Violin Competition in Germany. Her solo appearances include performances with the Leningrad State Orchestra, the Suisse Romande Orchestra, Wiener Streicher Solisten, Romania Radio Symphony, the Chautauqua Symphony, the New Zealand Symphony, the Winterthur Orchestra, and the Suk Chamber Orchestra. She has also performed with many of the major orchestras in Japan and has appeared on NHK FM Radio and on Nippon TV (NTV) and NHK TV.

A native of northern Japan, she started playing the violin at the age of five. After studying at the Toho-Gakuen Music High School in Tokyo with Ryosaku Kubota and Yoshiharu Kubo, Kanako continued her studies at the Paris Conservatoire where her teacher was Michéle Auclair. She then completed the Artist Diploma Program at the New England Conservatory of Music in Boston, where she continued studying with Mme. Auclair. Kanako has also taken part in masterclasses with Eric Rosenblith, Pinchas Zukerman, and Stefan Gheorghiu.

After her study, she moved to London where she lived and worked for several years, performed as a member of the chamber ensemble Mobius, and toured with many of the major London orchestras. Kanako has recorded CDs for the Fontec label in Japan. These include the complete sonatas by Saint-Saëns and Grieg with the pianist Phillip Moll. She has also recorded for EMI, ASV and Naxos.

From August 2000 to May 2010, Kanako lived in Kansas City, USA and held the position of Concertmistress of the Kansas City Symphony. She also taught as an adjunct faculty at the International Center for Music at Park University and performed many chamber music and solo concerts. Currently she lives in Glasgow, Scotland where she teaches at the Royal Conservatoire of Scotland and has played as a guest leader with the Royal Scottish National Orchestra and the BBC Scottish Symphony Orchestra. She was appointed associate leader of the BBC Scottish Symphony Orchestra in August 2014.

This website uses cookies to improve your experience while you navigate through the website. Out of these, the cookies that are categorized as necessary are stored on your browser as they are essential for the working of basic functionalities of the website. We also use third-party cookies that help us analyze and understand how you use this website. These cookies will be stored in your browser only with your consent. You also have the option to opt-out of these cookies. But opting out of some of these cookies may affect your browsing experience.
Necessary Always Enabled

Any cookies that may not be particularly necessary for the website to function and is used specifically to collect user personal data via analytics, ads, other embedded contents are termed as non-necessary cookies. It is mandatory to procure user consent prior to running these cookies on your website.