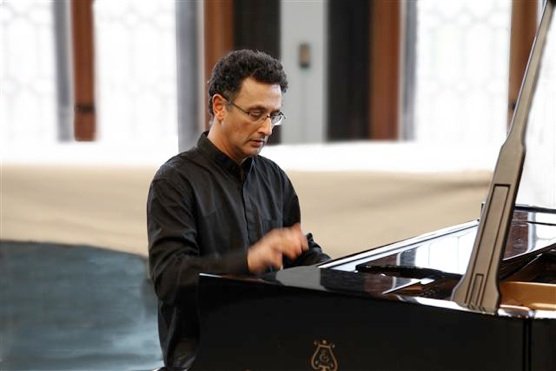 Fali enjoys a busy and varied international career as soloist, chamber musician and teacher. The many eminent musicians he has performed with include the cellists Mstislav Rostropovich, David Geringas, Franz Helmerson, Wolfgang Schmidt and Tim Gill; violinists, Nicola Benedetti and Ilya Gringolts; the London Sinfonietta, the Vellinger and Vertavo Quartets, Leopold Trio, Paragon Ensemble, Scottish Ensemble; clarinetist Andrew Marriner; singers Roderick Williams and Mark Padmore and composer Mauricio Kagel. Fali is a member of the Rembrandt Piano Trio and has an exciting duo with his wife, the cellist Naomi Boole-Masterson.

Fali had his first piano lessons were in his native city of Mumbai, India with Shanti Seldon. This was followed by seven years in Moscow where he graduated with distinction from the Moscow Conservatory under Victor Merzhanov. While pursuing postgraduate studies at the Royal Academy of Music in London with Christopher Elton he was invited by the great Russian cellist, Mstislav Rostropovitch to be his pianist on an extensive concert tour of India. This was followed by his London debut at the Purcell Room and  concerts in prestigious venues around the world.

He has played concertos with the St. Endellion Festival Orchestra, the Bournemouth Symphony Orchestra, the Royal Scottish National Orchestra (Scottish Proms), the Symphony Orchestra of India and the Edinburgh and Dundee Symphony Orchestras. Recitals include Wigmore Hall concerts with cellists Wolfgang Schmidt and Tim Gill, tours of India, South Africa, Norway and across the UK and performances at international music festivals in India, Denmark, Norway, Cyprus and the USA. An enthusiastic proponent of contemporary music, he has given world premieres of works by many distinguished composers including a cello sonata by Giles Swayne with Robert Irvine at the Cheltenham International Festival; piano works by the British composer, Howard Skempton, at the Leamington Spa Festival and the world premiere of “In Memoriam”, a powerful new piece for piano and percussion by the Serbian-American composer Vera Stanojevic. Recent London performances have included works by Mauricio Kagel, Harrison Birtwistle and Arvo Pärt for the London Sinfonietta. He gave the first performance of a newly commissioned sonata for cello and piano by the Scottish composer William Sweeney with the Finnish cellist Erkki Lahesmaa. In February 2013 he was invited to the USA as guest artist at the National Conference of Composers at Ohio State University where he premiered works by Joshua Feinberg, Mei-Fang Lin and Vera Stanojevic. In November 2018 he premiered a new concerto written by Vera Stanojevic with the Wind Orchestra of Ohio State University.​

Fali’s discography includes two discs of Swiss Piano concertos with the Bournemouth Symphony Orchestra and the Royal Scottish National Orchestra. Another recording, featuring the music of Volkmar Andreae, was awarded the coveted ‘IRR Outstanding’ accolade by the International Record Review. Other discs on the Guild label include two critically acclaimed recordings with the cellist Timothy Gill, featuring world premieres of two works by the Indian composer, John Mayer (“Prabhanda” and “Calcutta Nagar”). In 2009 he recorded another world premiere, the song cycle “Black Sea” by the British composer Anthony Bolton, with the tenor Richard Edgar-Wilson. On the Delphian label, he has recorded CDs of works by Giles Swayne and William Sweeney with the cellist Robert Irvine. Radio broadcasts include regular appearances on BBC Radio 3 where he has played some unusual and challenging repertoire including the Sinding Piano Quintet with the Vertavo Quartet and Alexander Goehr’s “Das Gesetz der Quadrille” with the baritone, Roderick Williams. A recent broadcast with the violinist Ilya Gringolts featured music by Shostakovich and Galina Ustvolskaja. He has recorded for All-India Radio with Mstislav Rostropovich and for CBC (the North-American premiere of Kagel’s La Trahison Orale).

​A committed and sought-after teacher with many international prize-winning students, Fali is Associate Head of Keyboard and Professor of Piano at the Royal Conservatoire of Scotland. He has given masterclasses in many countries around the world including Estonia, Lithuania, Finland, Cyprus, India, USA and South Africa, and served on the jury of many international piano competitions including Unisa in South Africa, the Van Cliburn Amateur in Texas, the Inaugural Olga Kern in New Mexico and Maltafest in Valetta.