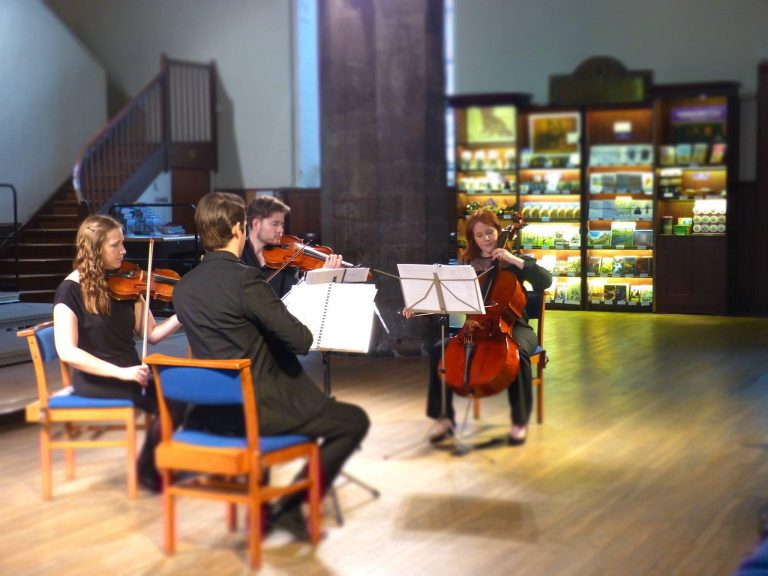 The Argyll String Quartet was formed in 2009 whilst its founding members were studying at the Royal Conservatoire of Scotland. They were Highly Commended in the Mabel Glover String Quartet Competition and were finalists in the Governor’s Chamber Music Prize in the same year. In 2012, they were the Resident String Quartet at the Aberdeen International Youth Festival, performing a series of recitals across the city to great critical acclaim.

The Quartet has performed all over Scotland at notable venues such as Edinburgh Castle, Greyfriar’s Kirk and St. Giles’ Cathedral. In 2019 they were invited to perform a series of recitals at the Ischia Chamber Music Festival on the island of Ischia, Italy where they also coached participating ensembles. They have broadcast on BBC Radio Scotland as part of the “Classics Unwrapped” show.

All highly accomplished solo and orchestral performers, the members of the Argyll String Quartet have been taught by many of Europe’s leading soloists and teachers including Professor Igor Ozim of the Mozarteum Universitat, Salzburg and Ilya Gringolts amongst others.

The Argyll String Quartet will join Opera Caledonia for The Isle of Cumbrae Opera Retreat Festival 2023.